Masada site was declared a World Heritage Site by UNESCO in 2001. The site commemorates the last stand of the Sicarii, Jewish zealots from the era of the great rebellion against the Romans. The fortress lies on a secluded cliff in the Judean desert, and includes palaces, a bathhouse, a water system, and places of worship dating from the Hasmonean era until the Byzantine era and even later. At the foot of Masada you can enjoy a restaurant, snack bars, and souvenir shops. From March to October, some of the most interesting artifacts from the fortress are displayed at the foot of the Roman ramp, using a unique audiovisual presentation that explains the siege and heroic story of Masada.

A unique nature reserve that includes rare flora and fauna from different climate areas – the desert, the tropics, and the Mediterranean. The David Stream flows through the Reserve, forming waterfalls and pools surrounded by greenery. In the south of the reserve, there is a hiking trail alongside the Arugot Stream, which includes waterfalls, freshwater pools, varied vegetation, wild goats, and rock hyraxes. Between the streams are even more interesting attractions such as the Ein Gedi spring, archaeological sites, an ancient synagogue, and Tel Goren.

One of the Earth's most amazing natural wonders – a mountain of salt. Next to Sedom Mountain at the Perazim Stream are a number of natural caves, including the Flour Cave, which will leave you covered in a light dusting of floury chalk.

Approximately 30 km west of the Dead Sea lies this ancient settlement, which includes early Israeli and Canaanite relics. Nearby is the city of Arad, which was founded in 1962, and based on modern city planning. The city is noted for its unique climate, suitable for treating respiratory problems.

This desert oasis nature reserve offers a range of guided and independent hiking trails. Here you can find a numerous attractions in the Dead Sea area, including freshwater fountains, streams, waterfalls, tropical vegetation, predators, and more.

At Qumran, approximately 65 km north of the hotel, you will find the ancient home of the Essenes, a Jewish sect that had a way of life similar to that of the early Christians. Today, Qumran is famous for the caves in which the sealed Dead Sea Scrolls were found. The scrolls are now on display at the Israel Museum.

Club Level - Your office away from home

Companies hosting overseas guests benefit from preferred rates and conditions when they become members of the Daniel Business Club. The Hotel's Corporate Sales Department will happily assist with any information required, please call: (972)-9-9520805/6/7.
The business Lounge is open from 1PM to 8PM. 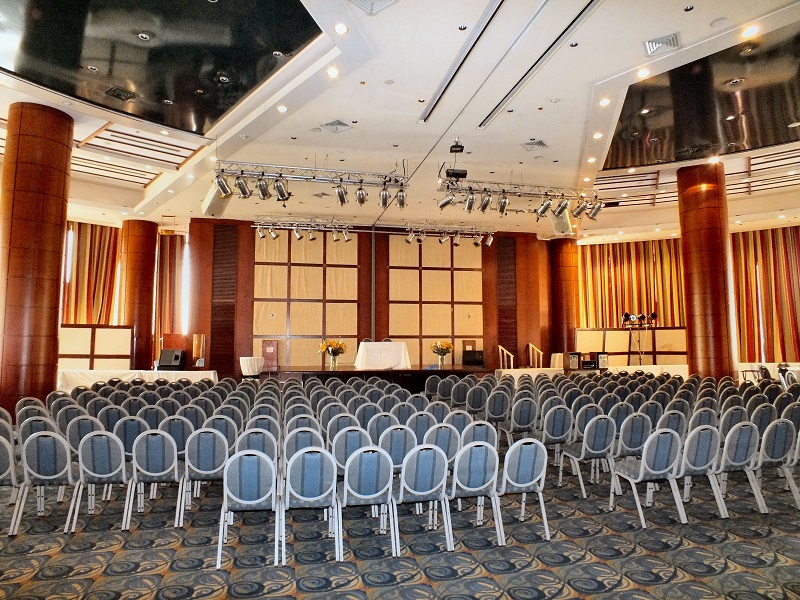 In addition to being one of the major focal points for leisure and entertainment in the area, the Daniel Dead Sea is also the perfect setting for conferences and events with a twist. Freedom from daily routine and packed schedules can easily be found in this relaxed, desert-inspired atmosphere, which adds something special to any business meeting, social event or conference by the Dead Sea.

The Hotel offers superb facilities to host special events, business conferences and seminars for up to 580 guests. The convention center can be divided into four separate and acoustically independent venues with a peaceful atmosphere and a panoramic view across the Dead Sea.

A range of options

The center's main lobby is ideal for presentations and serves as a congregating area between meetings and conferences. The Hotel also offers a business floor with a separate and adjacent lobby and meeting room.